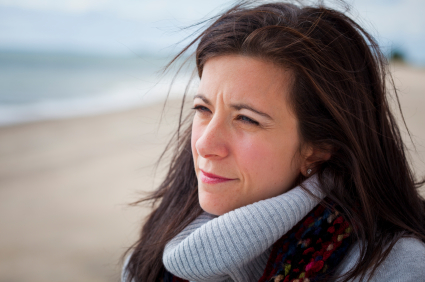 Sometimes it can be hard to know if you experiencing domestic abuse the following is intended to help… Sonas and other services are here to help.

It is worth remembering: domestic abuse is fundamentally the control of one partner over the other and this usually involves some or all of the following: emotional, verbal, financial – denial or control over necessities, sexual and physical abuse.

The abuser is making the choice to abuse.

Am I just in a bad relationship?

There is a significant difference between being going through a bad patch in a relationship, coming to the end of a relationship and domestic abuse.

While couples and families, can and do argue. In relationships that aren’t abusive, partners are not afraid of each other, are free to express opinions, do not seek to control and dominate their partner.

Domestic abuse doesn’t have to involve physical abuse or happen all the time which can make it really confusing to know if you are going through it – abuse tends to follow a pattern and gets worse as it goes on. You might be surprised to know that the periods of calm, are actually when the abuser feels secure in their control of you and the situation that is usually followed by a build-up of tension, which is followed by an abusive episode. Again this may result in sorries and promises to change. Unfortunately, it’s just building up for the next episode of abuse.

Many survivors say afterwards that it was those times when their abuser expressed how sorry they were and the following temporary calmness that made them stay in the relationship.

He says, it’s only because he loves me, that why he wants to know where I am all the time to keep me safe and away from people that don’t appreciate me…

If you care about someone you want them to be safe and well, to have a fulfilling life and relationships with friends and family where they are appreciated for who they are. Loving someone does not mean needing to know where they are all the time and with whom; it means accepting that while there will be other people in someone’s life whom they also care about, even love, such as friends and family.

A number of survivors have told how abusers even resented their children whether it was the attention a mother was giving them.

Any cookies that may not be particularly necessary for the website to function and is used specifically to collect user personal data via analytics, ads, other embedded contents are termed as non-necessary cookies. It is mandatory to procure user consent prior to running these cookies on your website.

Analytical cookies are used to understand how visitors interact with the website. These cookies help provide information on metrics the number of visitors, bounce rate, traffic source, etc.

Performance cookies are used to understand and analyze the key performance indexes of the website which helps in delivering a better user experience for the visitors.

Accept all Save & Accept
×

WhatsApp Chat is free, download and try it now here!

× How can I help you?
Safety Exit